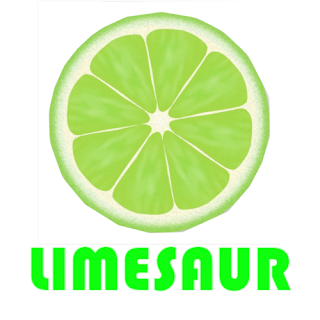 So basically I am just a kid who is just in the internet trying to make money. I'm kind of greedy sometimes, but I ain't that bad. I know I am not good at writing stuff like this (since it is my first time), so I hope I get better at this. Alright, here is the main part of this blog.

I am James. I am a 14 y/o who used to have a YouTube channel. Of course it was called 'limesaur'. Since that is the name I use for usernames. My dad is also blogging in this platform so if you wanna go see his blog, go ahead. If you like RPG type games or something, you will like his blogs. He also made a bunch of stuff for D&D, where you print the sheets to fold the paper to make it a D&D figure. Most importantly and the cool part, he made his own RPG. It is called Chanbara™. It is this Japanese fantasy + D&D game. My Dad's friends said it was pretty fun, although I haven't played it before. That game is currently $15, and I think it is worth it if you like trying out cool games with friends.

I currently have only 26 subs in my YT channel. Since I am bad at making videos 😢 . I have now stopped making YouTube videos now, because of some issues. I don't wanna talk about the issues though. I basically make Gaming videos or just commentary videos, but I usually make Gaming videos because you know... most kids enjoy making game videos more then making commentary videos. So I used to do that. I also play Roblox for fun. That is actually the only Computer/Mobile game that I play. What I play in Roblox is this one game called Starscape. It is a Space MMO game. It is very cool that I might even make a blog about it. So yeah, I don't play the weird Anime games in Roblox. I've tried some other Computer games, but I don't play them at all. There are basically 2 reasons why I don't play them. First, they require a Gaming PC which I don't have. Second, They are just rigged that if you don't spend money on the game, you will never win. Which makes it so terrible. I also learn Jiu Jit Su because it kind of looks cool. If you don't know what Jiu Jit Su is, I will tell you here to save you time. Jiu Jit Su is Brazilian Marshal Arts. We basically learn self defense and how to choke/knock people out. Once you read this, your faces might of been like this -> O_o . But of course, we don't knock each other out. But we do choke each other, and one time I almost passed out. That is a whole new story, so if you wanna hear what happened I guess you can ask me what happened in the comments and I will post a blog about it. (Kind of weird to post something like that, but ok..) I used to play Tennis too. I did pretty good I guess. I have gotten 2nd place in 1 tournament. But that is only 1 though, so I am not that good. But I enjoyed when I played Tennis. If you would ask me what my favorite song is, I probably don't have an answer. I do like songs, although I don't really have a favorite song. I don't know why, but I just don't have a favorite song. I do like Pop songs though, so that is something. Here is one question that some people ask. How good are my grades? Well, I think I do pretty good. I don't get a A+ all the time. I mean I don't think we need strait A's all the time. What I am good at is Math. I guess that is good if I want to get into NASA. I also like Science SOOOO MUCH! It is just fun to learn science, especially Astronomy. That is why I like Starscape so much in Roblox. I just like Space so much.

So I am just a ordinary kid. I hope you liked this blog. If so, please follow me~ :) I promise that I will make interesting blogs. Also, thanks for reading my first blog! 😁

at September 18, 2021
Email ThisBlogThis!Share to TwitterShare to FacebookShare to Pinterest

So basically I am just a kid who is just in the internet trying to make money. I'm kind of greedy sometimes, but I ain't that bad. ...